In the past three years, China’s economy has slowed down significantly, and is now facing problems such as increasing labor cost, huge regional debt, unstable stock market, immature regulations and supervisions and so on. Given these challenges, how will China innovate and transform its national economy to keep its growth momentum?

Patrick Schena is Adjunct Assistant Professor of International Business Relations at the Fletcher School, Tufts University, where he is also Senior Fellow of the Council on Emerging Market Enterprises and Co-Head of SovereigNet, The Fletcher Network for Sovereign Wealth and Global Capital. In addition, he is an Associate-in-Research at the Fairbank Center for Chinese Studies, Harvard University. Dr. Schena has 30 years experience in finance, operations, consulting, and technology management focused in investment management. He has served in a variety of roles in treasury, investment, and financial management and private equity, as well as in executive positions in finance and operations.  He cofounded and was a member of the executive management team of two successful start-up providers of technology and operations services to investment managers.   He was most recently Principal, leading delivery of the Investment Management Services practice at a Genpact-Headstrong Corp., a global provider of outsourcing services. He holds a PhD in from the Fletcher School, Tufts University and additional graduate degrees from The Fletcher School, and Boston College. 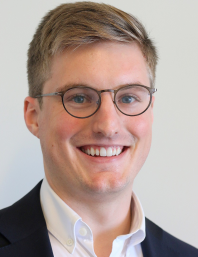 Andrew Coflan is a Research Analyst at Rhodium Group focusing on China’s financial and
macroeconomic reforms. Andrew’s work includes tracking Chinese efforts to implement planned reforms as well as evaluating the potential impact of reforms on the global economy. Other areas of research and publication include China’s changing trade dynamics and their geopolitical implications as well as the political economy of China’s exchange rate policy.

Andrew has previously worked at Frontier Strategy Group, Albright Stonebridge Group, and on the White House National Economic Council. He received a Bachelor of Arts from Georgetown University and a Master’s in International Economics and China Studies from the Johns Hopkins School of Advanced International Studies. Andrew is an alumnus of Teach for China. 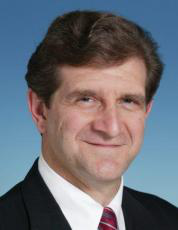 Tom Manning is a board director, corporate adviser, educator, and angel investor who previously served as the CEO of companies in Asia, Europe and the United States.

Based in Hong Kong for seventeen years, he served as the CEO of Cerberus Asia, Indachin Limited, Capgemini Asia, and Ernst & Young Global Consulting Asia, and as a partner with Bain & Company.  While with Capgemini, he managed the firm’s Global Strategy & Technology business from Paris.  Earlier in his career, he was with McKinsey & Company, CSC Index, and Buddy Systems in the United States.

He is currently on the adjunct faculty of The University of Chicago Law School, where he teaches courses on corporate governance in China, private equity in Asia, U.S.-China relations, and innovative solutions.  He also serves as an independent board director of three publicly-listed companies:  Dun & Bradstreet, the leading global provider or corporate information (NYSE); CommScope, a leading telecommunications technology company (Nasdaq); and, Clear Media, China’s largest outdoor media management company (HKSE).  He is also an advisory board member of The Demand Institute, an affiliate partner of the Waterstone Management Group, and Chairman of The Chicago Philharmonic Society.  In 2013, he founded The China Advisory Board, a group of China-experienced executives who provide strategic assistance to corporations whose future depends on China.

Professor McFarlan earned his AB from Harvard University in 1959, and his MBA and DBA from the Harvard Business School in 1961 and 1965 respectively. He has had a significant role in introducing materials on Management Information Systems to all major programs at the Harvard Business School since the first course on the subject was offered in 1962.