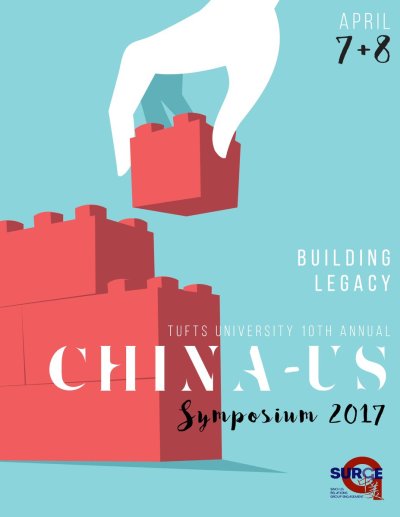 The theme of 2017’s China-US Symposium is “Building Legacy,” and the primary aim is to look back at the legacies of the Xi and Obama Administrations and consider the uncertain future. Both Obama and Xi decided to chart a new course for their countries in the Asia-Pacific region. We are also celebrating ten wonderful years of Tufts China-U.S. Symposium.

The Symposium kicks off on Friday, April 7th at noon.

Prof. Lyle J. Goldstein is an associate professor in the China Maritime Studies Institute (CMSI), which was established at U.S. Naval War College in October 2006 to improve mutual understanding and maritime cooperation with China. He served as the founding director of CMSI from 2006 to 2011. For this service, he was recently awarded the Superior Civilian Service Medal. Recently, his research has focused on various quandaries in U.S.-China relations, including the imperative to enhance maritime cooperation. He earned a PhD from Princeton University in 2001 and has an MA from Johns Hopkins School of Advanced International Studies. Proficient in Chinese and
Russian, Professor Goldstein has conducted extensive field research in both China and Russia. His research on Chinese security policy, especially concerning maritime development, has been published in various journals.

Professor Goldstein’s first book, which compared proliferation crises and focused particularly on Chinese nuclear strategy, was published by Stanford University Press in 2005. He is the co-editor of the books China’s Future Nuclear Submarine Force (2007),
China’s Energy Strategy: The Impact on Beijing’s Maritime Policies (2008), China Goes
to Sea: Maritime Transformation in a Comparative Historical Context (2009), China, the
US and 21st Century Sea Power: Defining a Maritime Partnership (2010) and Chinese
Aerospace Power: Evolving Maritime Roles (2011). Most recently, he is the author of
MEETING CHINA HALFWAY – which explains methods to use in defusing the emerging
US-China rivalry.

Victor Cha joined CSIS in May 2009 as a senior adviser and the inaugural holder of the Korea Chair. He is also director of Asian studies and holds the D.S. Song-KF Chair in the Department of Government and School of Foreign Service at Georgetown University. From 2004 to 2007, he served as director for Asian affairs at the White House on the National Security Council (NSC), where he was responsible primarily for Japan, the Korean peninsula, Australia/New Zealand, and Pacific Island nation affairs. Dr. Cha was also the deputy head of delegation for the United States at the Six-Party Talks in Beijing and received two Outstanding Service Commendations during his tenure at the NSC. He is the award-winning author of several books, including Powerplay: Origins of the American Alliance System in Asia (Princeton University Press, 2016). He has written articles on international relations and East Asia in journals including Foreign Affairs, International Security, Political Science Quarterly, Survival, International Studies Quarterly, and Asian Survey.
Dr. Cha is a former John M. Olin National Security Fellow at Harvard University, two-time Fulbright Scholar, and Hoover National Fellow, CISAC Fellow, and William J. Perry Fellow at Stanford University. He is a Fellow (non-resident) in Human Freedom at the George W. Bush Institute in Dallas, Texas. He holds Georgetown’s Dean’s Award for
teaching in 2010, the Distinguished Research Award for 2011, and the Distinguished
Principal Investigator Award for 2016. He serves as an independent consultant and has
testified before Congress on Asian security issues. He has been a guest analyst for
various national media organizations. Dr. Cha holds a B.A., an M.I.A., and a Ph.D. from
Columbia University, as well as an M.A. from Oxford University.