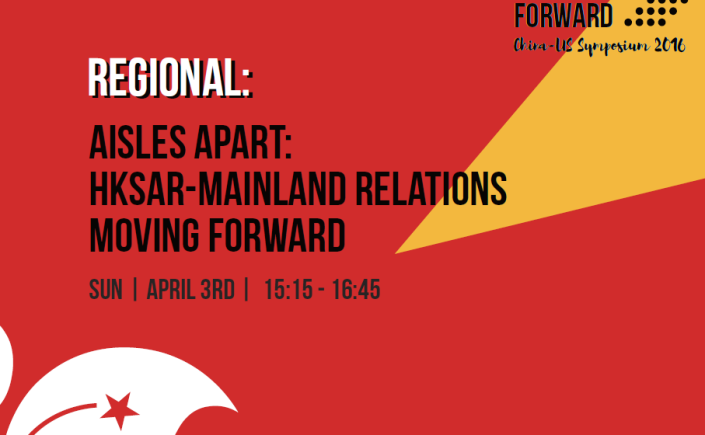 The 2014 Umbrella Revolution marks the Hong Kong’s battle for democracy and autonomy from China. After the British returned the Hong Kong back to China, the principle “one country, two system” was evoked to separate Hong Kong’s politics from China’s communist government. This promise fails to hold true. Within the current electoral system, only pre-approved nominees by China’s electoral committee are allowed to run for government. Former Chief Secretary of Hong Kong Anson Chan, Founder of Danwei’s Jeremy Goldkorn, and Foreign Policy journalist Bethany Allen will speak about the biggest political protest Hong Kong has ever seen.

ANSON CHAN retired as the Chief Secretary for Administration of the Hong Kong Special Administrative Region (HKSAR) Government in 2001, after nearly forty years of service. As Chief Secretary, she headed the 190,000-strong civil service. She was the first woman and the first Chinese to hold the second-highest governmental position in Hong Kong. During her career in the public service she was responsible, amongst other things, for development of Hong Kong’s economic infrastructure including the planning and construction of Hong Kong’s new international airport, which opened in July 1998, port expansion and deregulation of the telecommunications market.

In recent years, Mrs Chan has taken a prominent role in the campaign for full universal suffrage for election of Hong Kong’s Chief Executive and all members of the Legislature. In December 2007 she stood as a candidate in a by-election for a seat in the Legislative Council and won by a convincing margin. Mrs Chan is well known for her stand on transparent and accountable government, on democracy and on safeguarding the rights and freedoms enshrined in the “one country, two systems” concept that applies to Hong Kong.

She is a recipient of the Grand Bauhinia Medal: the Hong Kong Special Administrative Region’s highest honour and is an honorary Dame Grand Cross of the Most Distinguished Order of Saint Michael and Saint George, an honour conferred by Her Majesty Queen Elizabeth II of Great Britain. In July 2008 the President of France conferred on Mrs Chan the title of Chevalier of the National Order of the Legion d’Honneur.

Bethany Allen-Ebrahimian is Assistant Editor at Foreign Policy magazine’s China channel Tea Leaf Nation, where she covers Chinese politics, economy, media, tech, and foreign policy. Bethany’s work has also appeared in the Washington Post, the Huffington Post, and the Daily Beast, and she has appeared as a commentator on numerous television and radio outlets, including CNN International, BBC’s The World, PRI, Al Jazeera America, ABC Radio, and Voice of America Chinese. She is a 2016 Jefferson Fellow at the East-West Center in Hawaii, and was a 2015 Religion Reporting Fellow with the International Reporting Project in Washington, DC. She is president and founder of the International China Journalists Association.

Before joining FP, Bethany lived and worked in China for more than four years. While there, she worked digging corn furrows on a cattle ranch on a remote mountaintop in Guizhou, rode a camel across the desert sands of Inner Mongolia, and traveled to the country’s largely Muslim northwest to interview a writer known as China’s Salman Rushdie.

Bethany holds an M.A. in East Asian studies from Yale University and a graduate certificate from the Johns Hopkins-Nanjing Center for Chinese and American Studies. Bethany speaks and reads Chinese fluently, and has intermediate reading proficiency in Japanese and Farsi. 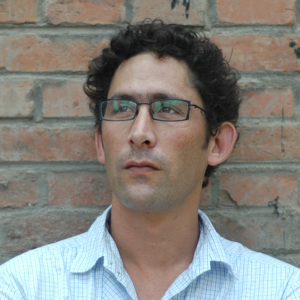 Founder and Director of Danwei

Jeremy Goldkorn is the founder and director of Danwei, a research firm that tracks Chinese media, markets, politics and business. The company started in 2003 as a blog that the The London Review of Books said gave “a range of sources, news and opinions on China that no mainstream news organisation can match.” Danwei began offering research services to companies and financial institutions in 2006. The Financial Times acquired Danwei in 2013, after which Goldkorn also took charge of the custom research services of FT Confidential China, Latin America, and ASEAN services.

Born in Johannesburg, South Africa, he has spent chunks of time living in Cape Town, London, Paris, New York, and Mountain View. China, mostly Beijing, was his home from 1995 to 2015. During this time he lived in a workers dormitory, rode a bicycle across Xinjiang, Qinghai, and Tibet, started several businesses, and wrote for publications as diverse as The New York Times, The Guardian, and Cosmopolitan magazine’s China edition (时尚杂志). He researches, writes and speaks about a range of subjects including media and Internet regulation, business in China, freedom of expression, the habits of Chinese Internet users, Sino-African affairs, the Great Wall and Chinese consumer culture.

As an affiliate of the Australian Centre on China in the World at the Australian National University, Goldkorn is co-editor of the China Story Yearbook and website. He is founding co-host of the Sinica podcast, and a regular speaker at English and Chinese language conferences and events. Goldkorn manages the website and marketing activities of Great Wall Fresh as a social enterprise (please click through if you want to to hike along a spectacular section of wild Great Wall near Beijing).